The Clown Prince of Crime! Like the BATMAN uniform I didn't want to do anything other than something from the Comics, rather than the films.. as I'm not a fan of many of the BATMAN films, except for (and I know I'm in the minority!) the current BATfleck. so I searched for an image of 'The Clown Prince of Crime' to use as my inspiration.

An AWESOME image I found of 'Joker'. 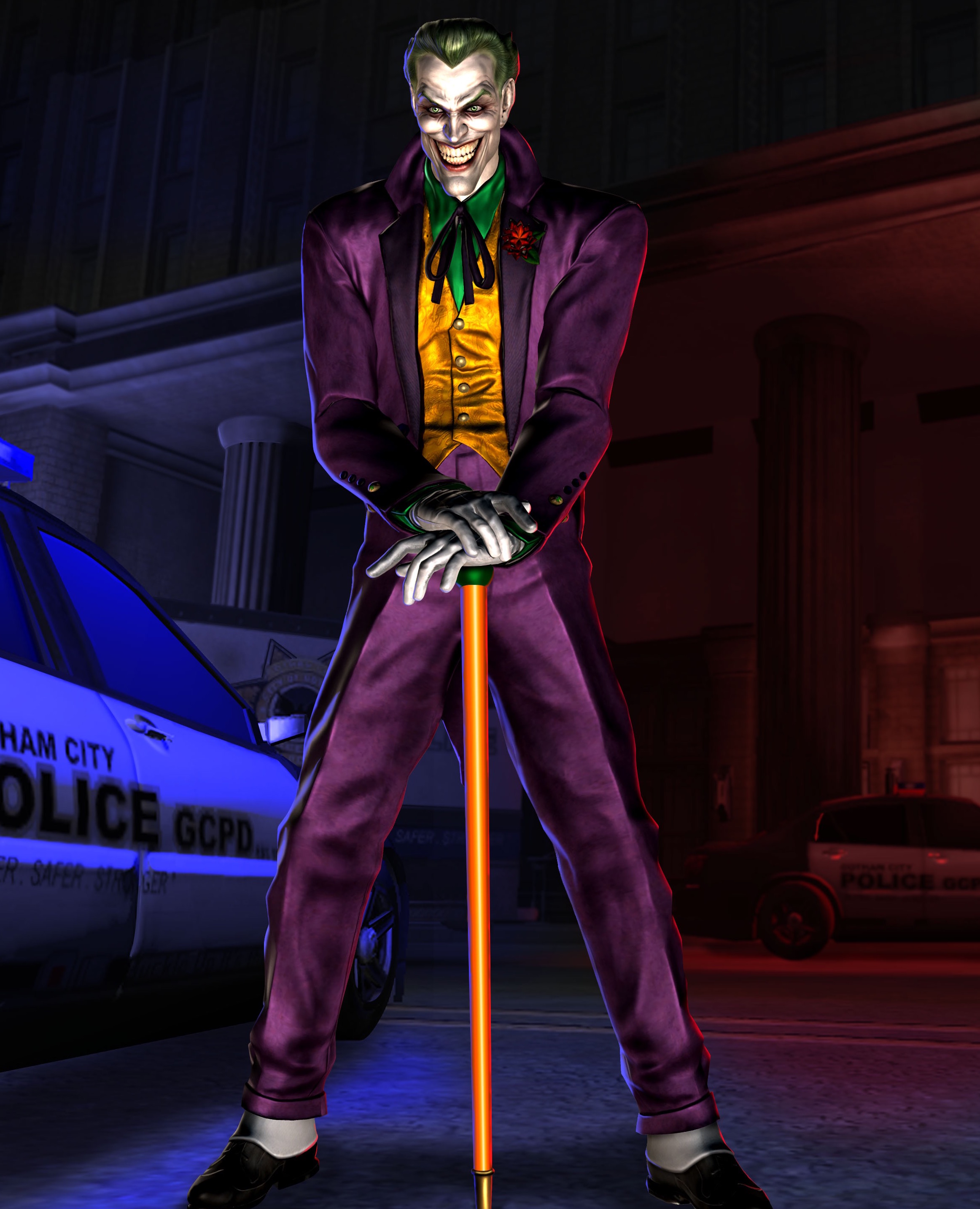 I took a trip to a material shop and found three perfect materials, found a pattern that was actually a DC Comics pattern all be it based on the Cesar Romero's Jokers costume... so I decided to use this but alter it to what I wanted. 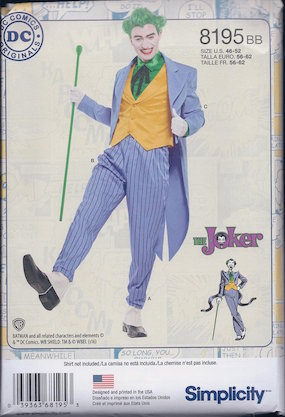 My idea is to be as faithful as I can, but with a bit of a 'twist'... for instance I want to put green lining in the jacket and to use the same colour lining to accent things like the trouser pockets. Well that's my idea, but let's see how things go.

The Purple Material draped on the mannequin 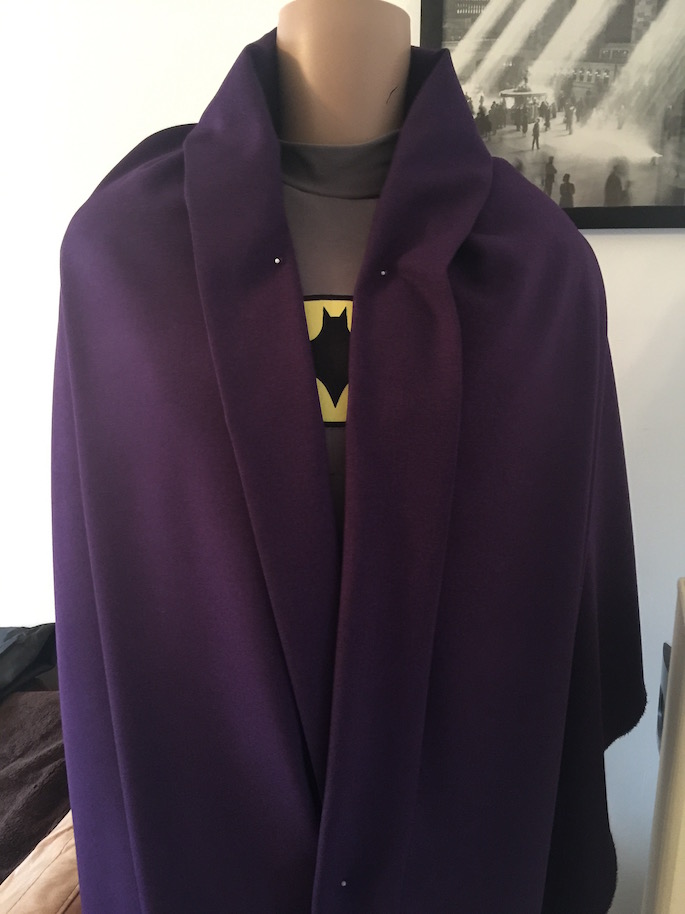 Keep watching for the 'Journey'!