Superheroes in Movies and on TV is big business at the moment and I’m sure that both Marvel and DC have quite a few interesting characters that each of them are planning to bring to life, but I never thought in a million years I would be saying this … Ragman!

Now, I can understand that DC can not or at least didn’t want to use the same characters on TV as they do in the Movies that was until it was announced that Superman will be appearing in Supergirl this season. So because all the big characters are being primed for the movies they are looking for some of the lesser known names, like the Atom or White Canery in Legions of Tomorrow, but … Ragman!

Seriously, as a big superhero comics fan, I actually can not believe I am saying this, that an obscure character of a comic that wasn’t exactly a big hit is being brought to life is amazing. There are many I can think of that I would have thought DC would have chosen, but I am so excited that DC have chosen Ragman.

I have the five edition mini series where Ragman first appeared in 1976 and from then on I was completely sold on the character.

In my opinion he’s as interesting as Batman and just as kewl.

However, there are two versions of Ragman. A Pre-Crisis standard superhero origin and a Post-Crisis "Suit of Souls" mystical rendition and I have a feeling we will be seeing the first version which will be more like a vigilante that is operating in Star City.

It would be great if he was introduced as a vigilante and THEN show him gaining his power, but then again the show is about the Green Arrow and not Ragman, so I’d be surprised if that was the case.

We get yet another young, good looking actor Joe Dinicol, playing the character, just like we’ve had with Grant Gustin as Barry Allen, The Flash and Robbie Amell as Ronnie Raymond, Firestorm. But I’ve got to say, if he does as well as the previously mentioned two, he may be pretty good! 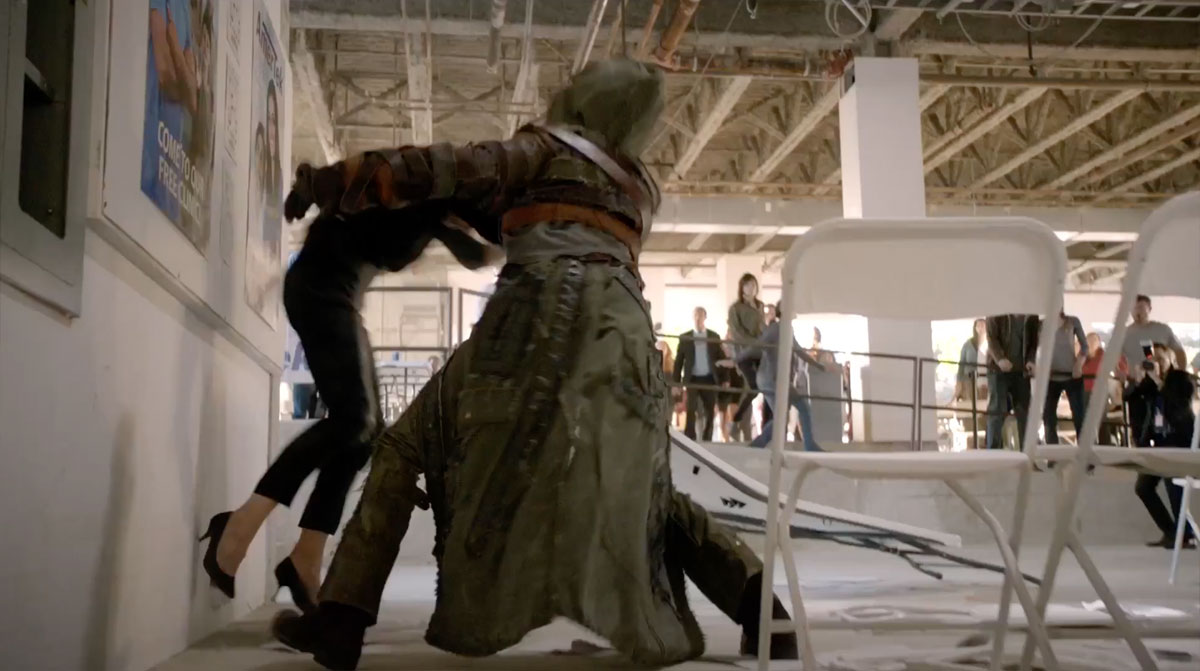 My BIG criticism though is the costume, again … why do these costume designers for these shows not just stick to what the source material is? Instead it looks like we seem to be getting a guy running around in a set of ‘raggerty’ looking clothes, most disappointingly NO cape instead we get a trench-coat flopping around as he moves. There ARE patches, there IS a hood (of sorts), and it LOOKS like there is a full face mask covering his face. It looks dirty and messy and....JUNKY! Oh and he’s wearing, walking boots … walking boots for crying out loud … why the HELL, is he in walking boots! 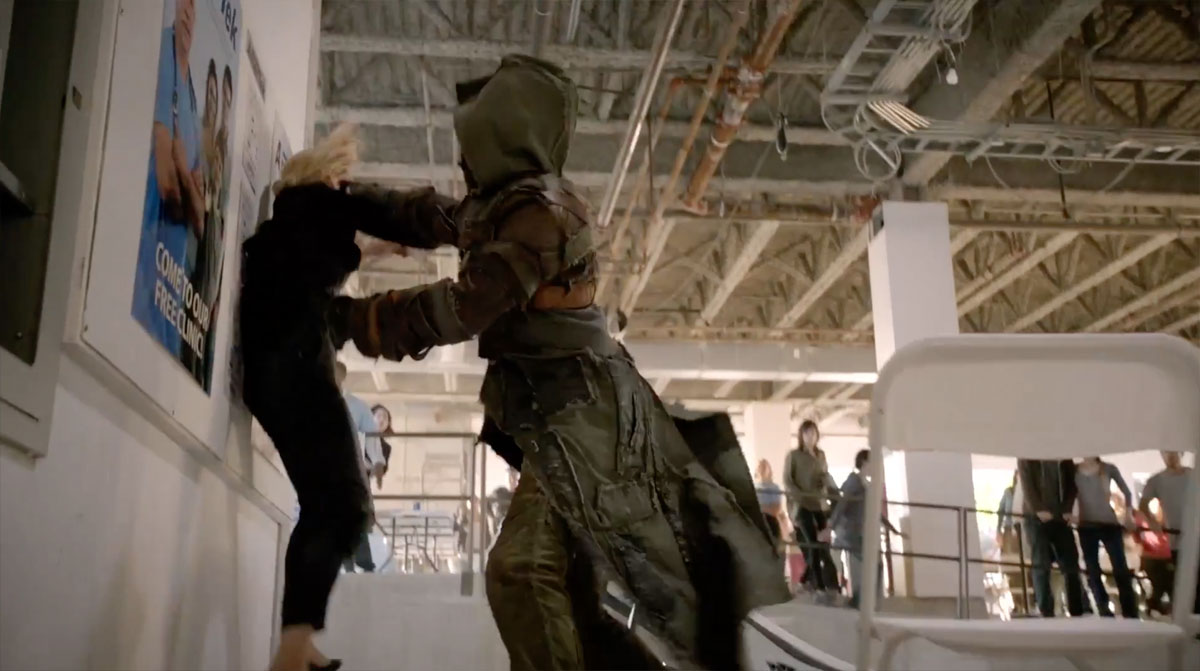 In my mind, they haven’t stuck to a Batman’esq Cape, Hood and Mask like he’s drawn in the comics because he would probably overshadow and upstage Stephen Amell’s Green Arrow outfit! 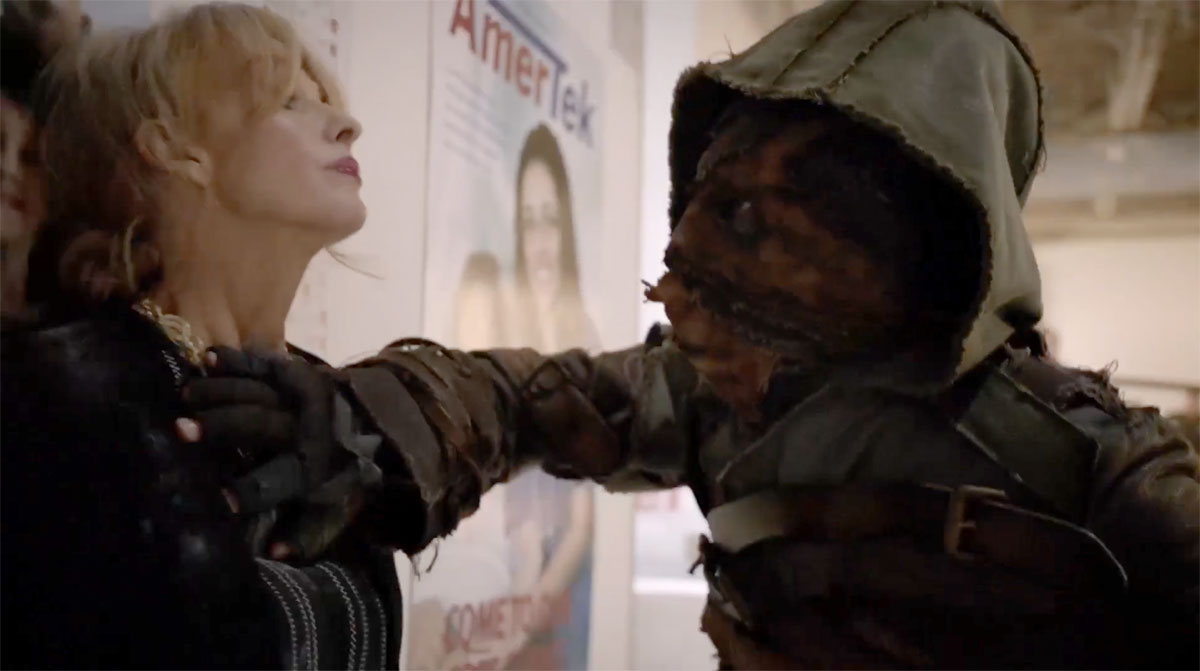 What the actor is wearing in these screen shots, looks heavy and constricting. The Ragman should be treated and characterised like Batman, he sweeps in quietly, try’s to keep to the shadows, does what he needs to do and is feared.

Unfortunately I think Ragmans first appearance as a live action superhero is going to be a massive fail in all areas!