The CW has shown us its first look at the new Superman suit that’s to be worn by Tyler Hoechlin on Supergirl this coming season.

After teasing Superman’s involvement in Kara Danvers’ story by having him only appear via instant messaging, or out of focus/off-screen to help save the day or raise the stakes, CW has announced that Superman would finally play a supporting role in the series. As usual, why now, is probably never going to be fully answered. But for good or bad he’s coming - and as his suit shows, he’ll be embracing a new look!

This is completely my own opinion but ‘oh my word’, what a horrendous mess! 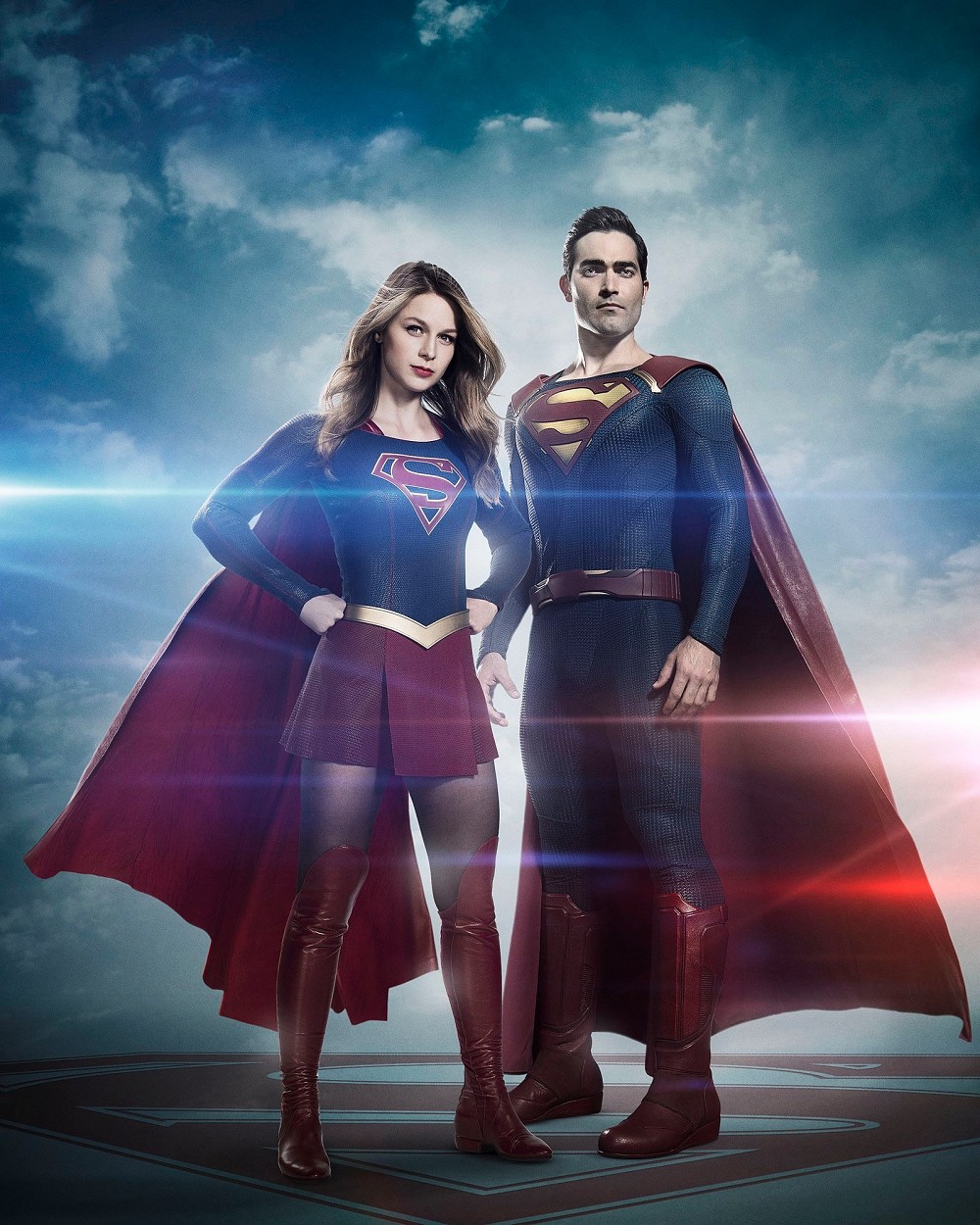 How can the show’s costume designer Kiersten Ronning make such a terrible mistake with one of the Comic Worlds most important characters like Superman. Let’s face it, a Superman costume is not exactly difficult to reproduce, let alone update … but quite frankly this is an insult to every Superman and Comic’s fan in existence!

These people are paid literally a fortune to work on these projects and any fan would give their high teeth to work on things like this and quite frankly nearly every time I see these costumes I believe they would make a much better job!

Why can’t these show designers look at the source material and create what they see and then maybe just embellish a few things here and there and NOT try and change things just for the sake of it, because as I see it, this is exactly what this designer has done.

There are only a few things on Superman’s uniform that for me are important ones and one of these is how the cape flows from his shoulders, yes I know it’s a stupid detail and probably only something a fan would pick up on, but surely any idiot can look at this image and say ’What on earth are those pieces of plastic on his shoulders?’.

I noticed sometime ago whilst watching the series that Supergirl also has plastic shoulders to her cape, which I find ‘stupid’ especially in close up shots, it looks like the cape is ‘hooked’ on her shoulders. For ‘crying out loud’ is it too much hassle for a costume designer to ‘pleat’ the material and have it stitched underneath so you can’t see the stitching … NO, instead they have to go to the trouble of ‘plasticising’ something … ridiculous!

Looking at this picture in detail it also looks like these ’stupid’ shoulder straps could even be an addition on top of the cape as I can just make out that there is some of the cape under the ‘straps’. I just hope I’m wrong! What’s even worse is there are additions of two gold connecting pieces that these straps connect to. Where on earth did these come from … Superman has NEVER ever had these, so why does he need them now … are these just additions that the designer want’s to be famous for introducing!

The most distracting piece of this ridiculous costume is the belt … since when has Superman ever needed a utility belt, he’s NOT Batman, never has been and never will be. Again, the designer seems NOT to have done her research, he’s the ultimate Superhero, he does NOT need anything to help his ’super heroism’! He’s super, super, SUPER strong! The clue is in his name, SUPERman!

What is that ridiculous thing around his waist? Something PLASTIC again … why does it need to be something functional. Henry Cavill’s costume designer got it perfect, and made it part of his suit … for that matter, in my opinion James Acheson who designed his uniform has produced one of the best interpretations of Superman ever. Startling and powerful! And Michael Wilkinson the costume designer of the recent unbelievable Batman uniform just tweaked the costume enough to make it even better! Did you hear that Ms Ronning, he took an iconic piece of design and ’TWEAKED’ it! He did NOT change the initial design by sticking unnecessary pieces of plastic to it!

My last comment on the belt is why is it so high? Surely any person can see this and it’s most likely that it’s the height of the belt that’s throwing the whole visual aesthetics out of place.

The boots, I can just about accept, but again, WHY, the built in padding/protection. Superman's nick name is the Man of Steel! Why would he need to protect his shins or any part of his body! To be ‘frank’ wearing these he looks like he’s just got off a motorcycle! Not to mention, do these costume designers ever think about ‘continuity’, we’ve already seen Superman’s boots in an episode of Supergirl and they did NOT look like these!

If Kiersten Ronning wanted to make her mark on this uniform and let’s face it, should could quite easily have been remembered for the costume designer who bought Superman back to the small screen especially after the stupid and quite frankly ridiculous decisions of not mixing the films with the TV universe then why didn’t she base her ideas on the New52 version, with one with the neck collar. It would have been something different and detracted from the Films.

With the vast amount of source material that must have been available to the costume designer let alone most of us can find out on the net, this is what was signed off and produced, it’s is an insult and just looks ridiculous!

I’m sorry to say this, but why wasn’t the job given to Colleen Atwood the designer of the Supergirl costume. I may not agree with the plastic shoulder ‘things’ on the cape, but this designer seems to have properly studied the source material for the iconic character and actually designed the costume with a few subtle changes here and there, such as the high boots (which I have to say look pretty kewl!) to actually echo the character from the Comics. I would like to see the yellow return to her logo, but other than that, not bad!

I just hope that Tyler Hoechlin can portray the character well enough to detract from the mess he’ll be wearing, even though it’ll only be for two episodes!